Russia on Wednesday said it would recall its ambassador to the United States for consultations, the latest sign of growing tensions between Moscow and Washington.

The move to bring Anatoly Antonov to Moscow was announced shortly after US President Joe Biden accused his Russian counterpart Vladimir Putin of being a “killer”, and warned he would “pay a price” for alleged election meddling.

Russia denies the longstanding allegations of meddling as baseless.

The Russian embassy in Washington said in a statement that Antonov will leave the US on Saturday and would discuss “ways to rectify Russia-US ties, which are in crisis” upon his arrival in Moscow.

It added that “certain ill-considered statements of high-ranking US officials have put the already excessively confrontational relations under the threat of collapse”.

In a separate statement on Wednesday, the Russian Foreign Ministry said: “The main thing for us is to determine the ways in which the difficult Russian-American relations that Washington has led into a dead end in recent years could be rectified.

“We are interested in preventing their irreversible degradation if the Americans recognise the risks involved.”

Biden brands Putin a ‘killer’
Moscow’s ties with the West, already languishing at post-Cold War lows since 2014, have come under new pressure over the jailing of Kremlin critic Alexey Navalny.

In an ABC News interview broadcast on Wednesday, Biden said “you’ll see shortly” when asked what consequences Russia would face for its alleged behaviour.

He also described Putin as having no soul.

When asked if he thought the Russian leader, who has been accused of ordering the poisoning of Navalny and other rivals, is a “killer”, Biden replied: “I do.”

His comments were aired as the US Commerce Department tightened sanctions on some exports to Russia as punishment for Navalny’s alleged poisoning in August of last year.

The department said the move would toughen restrictions originally put in place in response to the March 2018 poisoning of former Russian military officer intelligence Sergei Skripal and his daughter in Salisbury, England, with a military-grade nerve agent.

Moscow has denied any role in either case. 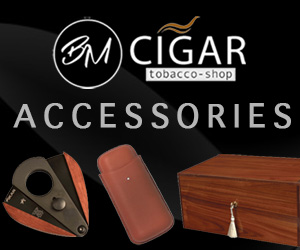