Guide to life after lockdown in the UK

Boris Johnson has announced the UK’s roadmap out of lockdown restrictions that end on December 2.

Addressing the House of Commons, the prime minister unveiled a string of relaxed measures that balance the competing interests of kick-starting the country’s battered economy and controlling the virus.

The new measures are likely to include a reprieve for families over Christmas – mirroring moves being considered by European leaders.

Here’s a look at the UK’s new Covid rules:

Under the proposal, which is expected to be signed off later in the week, three households will reportedly be allowed to gather for Christmas but they will not be allowed to meet with anyone else.

The reprieve will last for five days, from Christmas Eve to December 28.

Travel and overnight stays will be permitted throughout the UK.

Ireland, France, Germany, Italy and Spain are among the European nations considering relaxed restrictions over Christmas.

However, British health authorities said last week that an amnesty was risky, with five days of reduced restrictions potentially leading to 25 days of harsh measures.

Scottish First Minister Nicola Sturgeon sounded a cautious note on the easing of rules at Christmas.

She said any relaxation would be “slight and careful” with details “still to be finalised”.

Return of tier system
England will return to the tier system after lockdown ends on December 2.

But the alert system will look different from before, with a number of tougher restrictions.

Pubs and restaurants in Tier 3 areas will stay shut except for takeaway food.

In Tier 2 areas, only pubs serving “substantial” meals can open.

Last orders will be called at 10pm but customers have an extra hour to drink up.

Gyms and non-essential shops in all areas will be allowed to reopen under the tier system.

Spectator sport will return in areas under Tier 1 and 2 restrictions in a “limited” capacity.

Quarantine cut
The quarantine period upon arriving in the UK has been slashed in half.

Under a new test-and-release programme, travellers returning from “high risk” countries will be allowed to leave quarantine if they test negative for a test provided by a private firm.

The test would be administered on the fifth day with results returned within 24 to 48 hours.

This means people could leave six days after arrival.

If they test positive, however, travellers have to remain in isolation for the full 14 days.

Mass testing
Mass testing will be introduced in areas with the highest rates of infection.

Areas that are classed as Tier 3 – or “very high” risk – would be eligible to bring in the army to help with mass testing.

The proposal builds on a mass testing programme introduced in Liverpool this month.

The government said mass testing there led to a substantial fall in cases.

Self-isolation scrapped
Close contacts of people who test positive for coronavirus will no longer be required to self-isolate for 14 days.

Mr Johnson, who is in self-isolation after he met an MP who caught the virus, announced that close contacts can take a rapid test each day for seven days.

People have to isolate only if they test positive.

Liverpool is ready to trial the new system.

If successful, this system could be used across the NHS, in care homes and by the whole population from January, Downing Street said.

It said new measures will also focus on care home residents, who are unable to receive visitors indoors because of social distancing rules. 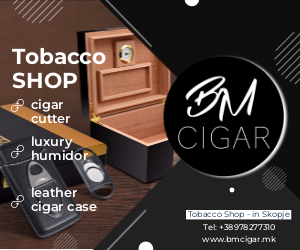